Elf On A Shelf Solutions for Grandmas Whose Kids Are Slackers

Elf On A Shelf Season is coming up in my house and as a multi-generational household, I’m worried my daughter is going to screw up the placement of the Elf and ruin Christmas for my grandson! Don’t have an Elf on a Shelf? Get yours here.

It’s not that my daughter is an intentional slacker.

She works full time, has three kids under 2.5 with two of them being twins that are just 5 months old preemies (so they are really not 5 months but closer to 3 months adjusted for coming early), a husband who is lovely but hates doing anything house related, three cats and of course she has to contend with me – her live in blogging mom.

But ever since she’s had the twins she says the phrase, “I forgot” more times than she’ll have to move the Elf itself.

Most days I just roll my eyes in disbelief at the things she can’t recall, but I don’t want my grandson to get the shit end of the stick this holiday because my daughter “forgot” to move the Elf.

So, I was thinking that I can’t be the only one who has this problem.

Certainly, there are other grandma’s out there worried their daughters or sons will destroy the dream of Christmas and forget to move the stupid Elf.

So, I’ve come up with a schedule that has you doing one of two things:

Of course, you can only hope in the second scenario they actually get up off the couch and move the Elf where instructed! ELF ON A SHELF SOLUTIONS FOR GRANDMAS WHO HAVE SLACKER KIDS

So here goes with the schedule:

Day 1:   Take the Elf out of the box and place him in the living room. Read the book to your kids/grandkids and you are done!

Day 2:  Move the Elf to the kitchen window sill.

Day 3:  Move the Elf into the laundry room either on a shelf or on the dryer.

Day 4:  Move the Elf to the half bathroom sink. (If you don’t have a half bath just pick a bathroom in your home).

Day 6:  Move the Elf to the breezeway going into your home.

Day 7:  Move the Elf to the stairs going upstairs.

Day 8:  Move the Elf to the upstairs hallway.

Day 9:  Move the Elf to the upstairs kid’s bathroom behind the toilet. Day 10:  Move the Elf to the parent’s bedroom dresser.

Day 11:  Move the Elf to the kid’s bathroom near the sink.

Day 12:  Move the Elf to the hallway railing.

Day 13:  Move the Elf to the front door breezeway doorknob.

Day 14:  Move the Elf to the dining room light fixture.

Day 15:  Move the Elf to the fireplace mantel (if you don’t have one, put the Elf on a dining room chair).

Day 17:  Move the Elf to the half bath behind the toilet. Day 20:  Move the Elf to a spot on or under the Christmas Tree.

Day 21:  Move the Elf to the top of your kitchen cupboard.

Day 23:  We are so close! Almost done! Move your Elf back to your bedroom onto a nightstand.

Day 24:  Move your Elf back to the hallway this time sitting on top of the railing.

Day 25:  Move your Elf back to the Christmas Tree either on or under it.

Yahoo! You’re done your Elf On A Shelf duties for the year and hopefully, your slacker kids haven’t ruined Christmas for the kids! Hopefully, they got up every night you painstakingly called them to tell there where to put that foolish Elf!

But, it’s all for the kids right?

Just one more thing you need to do or call you need to make before you can retire your elfly duties this year….

Day 26:  Grab that Elf On A Shelf, stuff him or her back into the box and hide him away until next year where unfortunately you’ll have to do this all over again. 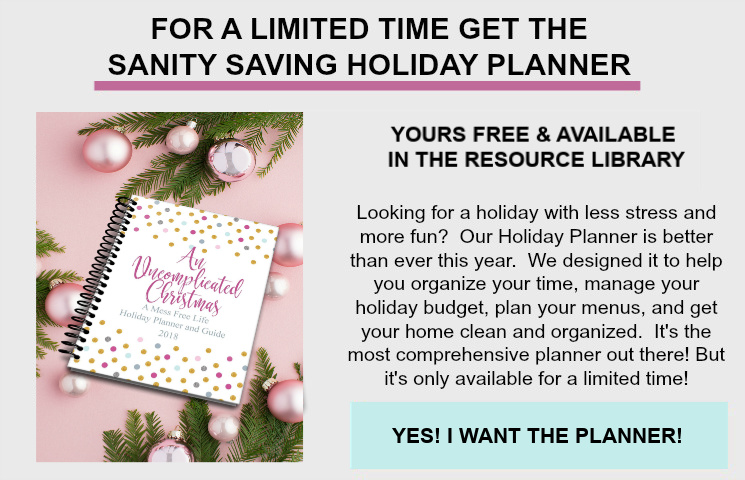 115 shares
Want to declutter? Get this FREE ebook!